Sea Kayaking and Canoeing on Loch Leven and the West Coast.

The West Coast of Scotland offers a world class destination for Sea Kayaking and Canoe Touring. There are venues to suit all abilities from those starting out to veterans at the extreme end of both sports. The inland fresh water lochs offer freedom and an escape from the pressures of modern living. The memories of three days canoe touring on Loch Awe will last a lifetime. Undertaking sea kayaking journeys along the exposed West Coast lead you to places seldom visited and allow you not only to observe but also to live with nature.

The coast South of Oban provides fast flowing tidal waters. This area contains the second largest whirlpool in the world, The Corryvreckan, which is located between the islands of Scarba & Jura; an area for those who have mastered their skills only.

Glencoe Boat Club, located on Loch Leven, offers a variety of conditions to suit most abilities of paddlers. The Loch is relatively sheltered and although tidal, there is no ocean swell to be encountered here. Beginners will feel acomplished with the easy paddle out to “the burial islands”, though everyone should take their safety seriously and life jackets / bouyancy aids are useless unless worn.

Eilean Munde is the largest of the burial islands. It was used by three local clans for the burial of their dead; the Stewarts of Ballachulish, the MacDonalds of Glencoe and the Camerons of Callart. It’s interesting to kayak out to the island and wander amongst the ancient head stones. Many are local quarried slate with enscriptions dating from the 18th centuary. The smaller of the islands, Eilean a’ Chomhraidh (the Isle of Discussion) was used by the clans to solve any disputes. When agreement was reached the parties would sail East along Loch Leven to Eilean nam Bán (the Isle of the Covenant) where their agreement was sealed. This makes an interesting 8Km paddle along most of the length of the loch and a return journey makes a nice expedition for lunch on either of the islands.

As stated, Loch Leven is tidal. At Ballachulish bridge, the in-going flood tide starts approximately -05h15m before HW Oban and the Ebb starts +01h00m HW Oban. Here a spring tide can run at 5 knots and, in a Westerly wind, the moderate overfalls thats form in Ballachulish Bay near to the entrance of Loch Leven on the Ebb tide are a nice play spot for accomplished kayakers. Within the main body of the loch, tidal stream run at 1kn and present little problems to novice paddlers except in strong (>F4) winds blowing against tide in either direction along the loch. Such conditions can raise the sea state rapidly. Moving West along Loch Leven, 5Km before Kinlochleven, the narrows of Caolas nan Con are reached. Tides here can also run at 5Kn, though often it is possible to use back-eddies to make progress against the prevailing stream. In wind-over-tide conditions the sea state can lift and this makes the narrows a useful area for intermediate paddlers to build on their skills. 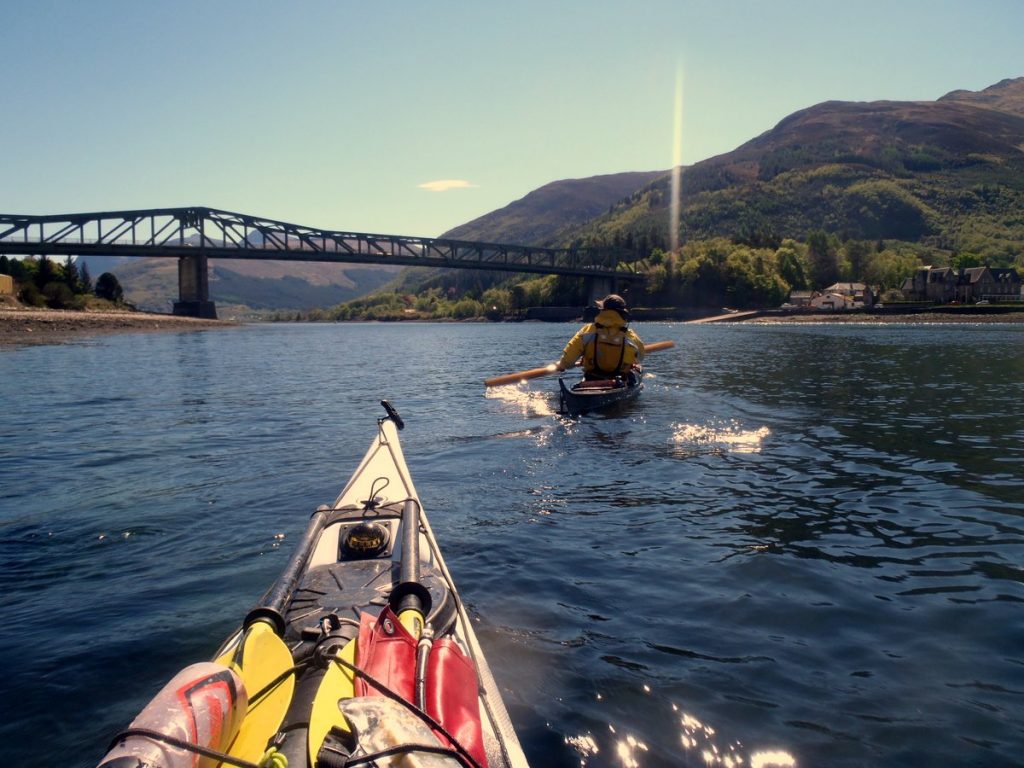 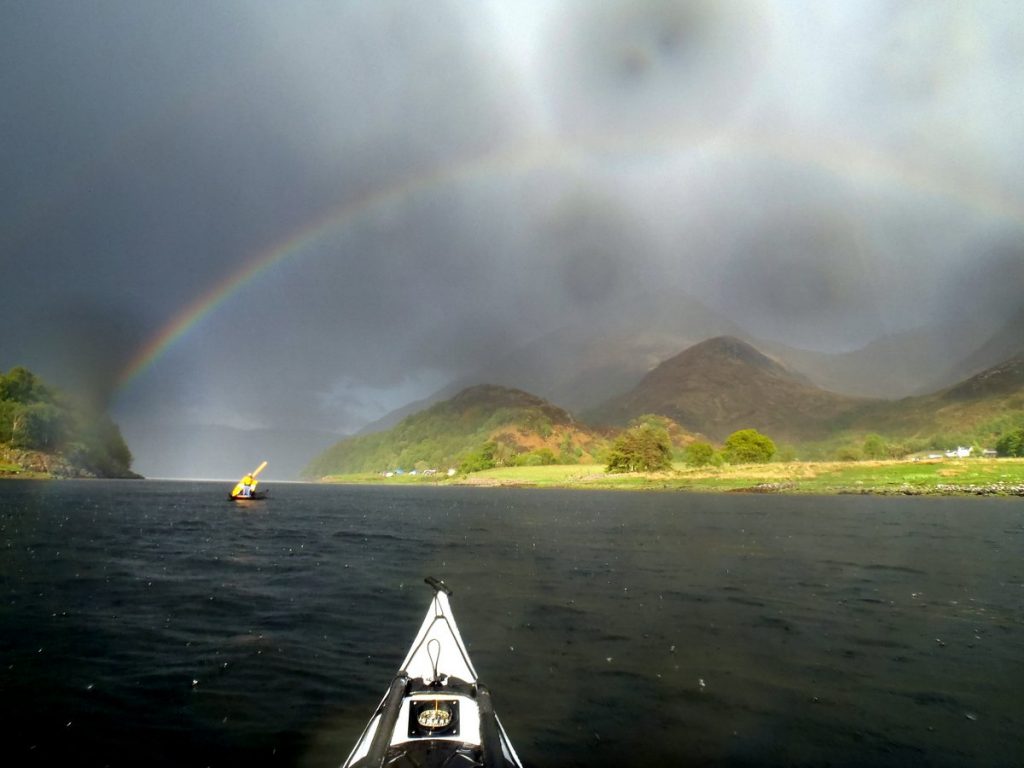 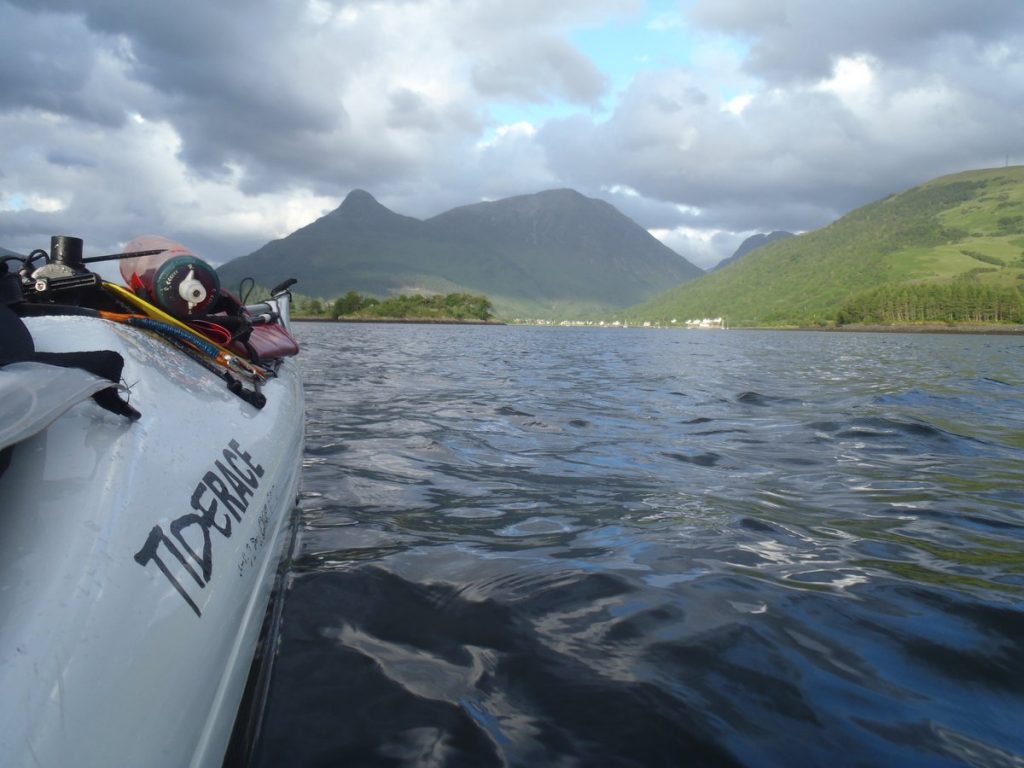 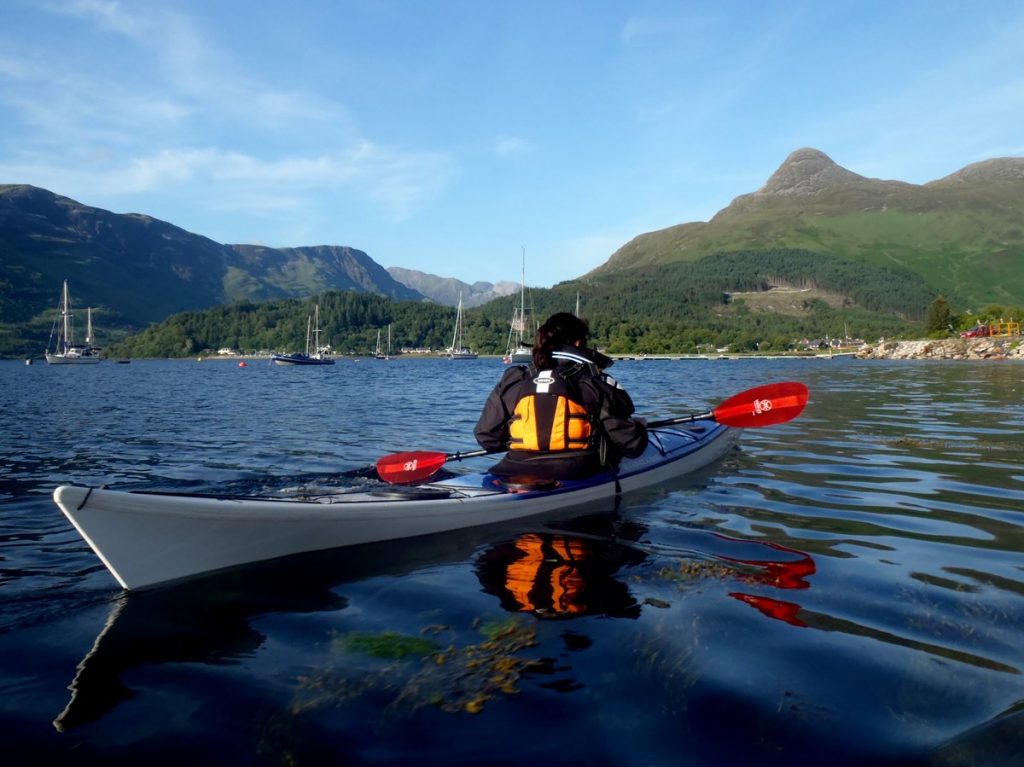